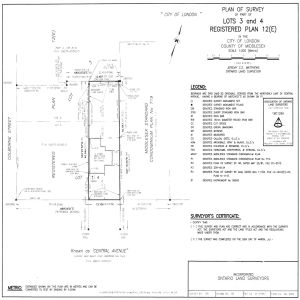 No, if you can establish a period of at least fifteen years from your own occupation of the land and occupation by a previous owner, or previous owners, the claim can be successfully made. For example, if you have owned a property (with adversely possessed land enclosed within it) for five years and your predecessor in title owned the property for ten years (or longer), then you can join the two periods together to make up the required fifteen years.  You will need to obtain a declaration from the prior owner/s about the possession – these declarations form part of the application.

No, you will become the owner of the land by the mere act of possession, which means, legally, that the title of the true owner is extinguished. You do not have to pay the true owner anything. You will have to pay survey, application and legal fees, and out-of-pocket expenses associated with the application to the Titles Office.  Note that stamp duty will sometimes be assessed on the acquired land.  However, if you paid stamp duty when you acquired the land, and the adversely possessed land was included in that purchase/you in fact intended to purchase the adversely possessed land (deliberately or unwittingly), which is usually the case, stamp duty will not be assessable.

The application is, in the great majority of cases, made to the Titles Office*. These applications are quite complicated. It is usually necessary to do the following (but applications can vary a lot):

Because adverse possession applications are usually quite complex it is almost always necessary to engage a solicitor experienced in this area. Solicitors’ costs will range from about $2,500 up to $10,000 for a more difficult application.  Our costs are usually about $3,500.

(There may be other fees depending on the nature of the application made.  See also our note above about stamp duty sometimes being applicable – but not often.)

*Sometimes applications can be made directly to the County Court.  This is more expensive, but it is necessary in limited circumstances, for instance if you don’t think you can succeed by making an application to the Titles Office.