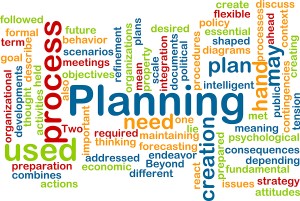 Note that the information appearing on this page applies to the State of Victoria, Australia.  The law relating to powers of attorney in Australia is State based.

Powers of attorney allow another person to make various types of decisions on behalf of the donor/giver of the power.  They are one form of “substituted decision making”.

The main changes brought about by this Act are:

What has not changed?

Some things have not changed:

Types of powers of attorney:

There are four types of power of attorney in Victoria:

It is best to describe each Power of Attorney separately as each has a different purpose.

The Enduring Power of Attorney:

The word “enduring” needs to be explained.  It means that the power has legal effect/validity after the donor (the person giving the power) becomes incapacitated, either permanently or temporarily.

The legislation allows for a great deal of flexibility in relation to conditions and limitations that may be imposed on what the attorney can do.  For example, the donor of the power could specify when the power commences, limit the decisions the attorney can make, require the attorney to seek professional advice for some types of decisions or consult with a family member when decisions have to be made.  There are an infinite number of other conditions/limitations that could be put into the power.  So, it is important to understand that it is not necessary to give unlimited powers to the attorney; the attorney may be restricted in any way.  Having said that, it is often sensible to give full powers because if the donor becomes incapacitated full powers may be desirable and necessary.

Some important aspects of this power:

Signing as an attorney:

The legislation does not provide for any specific form of words to be used.  The old legislation provided that the attorney should sign “in such a way as to show that he does so as attorney for the donor of the power.”  This legislation has now been repealed but it is still best practice to continue to sign in this way.

As an example, the attorney could sign his/her own signature and under that signature print out his/her name, and write the words – “As attorney for (name of donor) under an Enduring Power of Attorney dated (date of power), which power has not been revoked.”

Certified copies of the power:

Very often a person or organisation (say a bank) will want to hold a certified copy of the power of attorney.  It is quite alright to provide the certified copy, but the original should always be retained by the attorney.  A solicitor is one of the authorised persons who can certify copies.

What can happen if there is no enduring power of attorney?

If you become incapacitated it may well become necessary for someone to make decisions on your behalf.  If an enduring power of attorney is in place the attorney under that power can make these decisions.  If there is no enduring power of attorney in place, it will be necessary to go to VCAT for an administrator to be appointed.  An application to VCAT is inconvenient, can be expensive and slow, and the administrator may not be the person you wish to look after your affairs.

Having an enduring power in place can accordingly lift a significant burden from your family in the event of incapacity (either temporary or permanent).

These powers are always “enduring” – they only come into operation upon the incapacity of the donor.

You can only appoint one attorney (called an “agent” in the legislation), and one alternative agent.

This power authorises your chosen attorney to make certain medical decisions on your behalf.

There are some decisions that a medical attorney cannot make – make an enquiry below if you need to know more about this.

Obviously it is important that your medical attorney is someone you can trust to make such important (often life and death) decisions on your behalf.

It is often considered a good idea to attach to the medical power of attorney what is sometimes referred to as an “advance health directive”.  This is just a written document that outlines what you want to happen in certain critical medical situations you may face when unable to make the decision yourself. Short of such a written document you should discuss with your medical attorney what you would like to happen in certain (usually life threatening) medical situations.  This will assist the attorney to make the decision you would have made in that situation.

The General Non-Enduring Power of Attorney:

This type of power is less often used than the Enduring Power of Attorney, but has a similar effect – it empowers the nominated attorney to make decisions of any kind specified by the donor.

In this way the donor can have the peace of mind of knowing that the attorney of his or her choice will be appointed upon any incapacity, but can also have temporary or limited general powers when needed.  General powers can be limited in just about any way – they can be limited for specific tasks only, or limited in time.  This firm for instance often obtains a General non-enduring power from a client which is limited do just one thing when that thing cannot be done conveniently by the client because of absence overseas or similar.

This is a new form of power of attorney.  It is designed to enable a person with some incapacity to continue to make their own decisions.  Strictly speaking it is not a power of attorney in the traditional sense, as the attorney does not make any decisions.

The donor appoints a person to assist him or her to make decisions (the “supportive attorney”).  Amongst other powers that can be given, the attorney may be given the power to obtain information that will assist the donor to make the decision.  A person with some intellectual incapacity may not be able to obtain all the information that might be required to make an informed decision.  The supportive attorney can get that information, or otherwise help in the decision making process, and can also be given power to support the donor to communicate that decision and give effect to that decision.

The donor must have the relevant decision making capacity to make the appointment.

The supportive attorney cannot make decisions on behalf of the donor; their role is to support and assist the donor to make the decision.

The supportive attorney’s role comes to an end when the donor no longer has relevant decision making capacity.

The donor can appoint more than one supportive attorney.

The donor can give the supportive attorney powers in relation to financial, legal and personal matters, or any combination of those.

At time of writing (December, 2015) it is early days for this new form of power.  It will be interesting to see how widely they are used in the months and years to come.

Death and powers of attorney:

The death of the donor of the power of attorney revokes the power.  This is so for all powers of attorney.

After death it is the executor who has the legal authority to act on behalf of the estate.

Under the new powers of attorney legislation (commenced 1st September, 2015), attorneys must provide an undertaking, when accepting their appointment as an attorney, that they will act in accordance with the provisions of the Powers of Attorney Act, and they confirm that they understand the obligations of an attorney under that legislation and the consequences of failing to comply with those obligations.

It is accordingly important that attorneys, especially financial/legal attorneys under enduring powers of attorney, do understand their obligations.

More so because there are very significant criminal sanctions – fines (as of December, 2015 up to $91,000), and imprisonment, for failure to comply with obligations.

In summary these obligations include:

“donor” – the person giving the power to the attorney

“principal” – the person giving the power to the attorney under the new Powers of Attorney Act 2014 (which came into operation on 1 September, 2015)

“donee” – the attorney appointed under a power of attorney